For a long time I’ve searched for a way to replace my aging ASUS WL500gx which looks like the WL500g but packs 2 USB2.0 ports and has extra RAM (64MB). 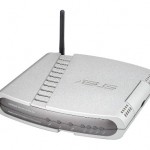 The ASUS has been my home server for a long time now (>5 years), providing me with a reliable SSH server through which I can proxy my Internet usage whenever I’m in a public space, with a small webserver in which I keep Internet and Power Usage statistics and for a brief period of time was my printing server (it was replaced first by an Apple Airport Express, and more recently by ZON’s HUB).

The number one requirement I set was Power Efficiency: the new device power consumption must be so low that I should not be able to notice it on my monthly bill.

Second requirement was that it should pack enough ports to connect anything to it without the need to add extra USB HUB’s which are always clumsy (namely HD, webcam’s, arduino’s :))

Third requirement was that it must be possible to do Apple’s Time-Machine backup’s into the server quickly (either through Ethernet or Wi-Fi).

Last requirement was that it needed to be silent (I’m running the server in the living room, and when I’m watching something I don’t like to ask myself if the noise that is going on is coming from the TV or from the home-server).

The challenge was set, and I read plenty review online about NAS appliances, feature packed Media Centers and DIY mini ITX computers. They were all great in some aspect, but they also missed one or other of my requirements.

From all of them, one subclass did grab my attention: plug computers. This subclass of devices fitted perfectly into my requirements, so the trouble now was to pick which one to choose.

There are several vendors and models of plug computers from Pogoplug, Sheevaplug, Tonidoplug to other vendors that don’t even mention the fact that their products are actually plug computers, based on the hardware on which they are designed.

That is exactly the case of the Iomega iConnect Wireless Data Station (iConnect for shorts), which shares exactly the same hardware platform then the Sheevaplug. I got mine from amazon uk at unbeatable price (~70 pounds) which is far less then any of the similar products.

But lets get to what matters, the technical specs:

Overall I’m very satisfied with the hardware I purchased. Unfortunately I cannot say the same about the software… Although it is based on OSS (Linux Debian 5.0) the amount of garbage that is installed and the utterly ugly web interface are major turn downs. Therefore my first task was to “upgrade” the iConnect to a proper Linux install.

In the next post I’ll describe how to install Debian Squeeze into the Iomega iConnect.